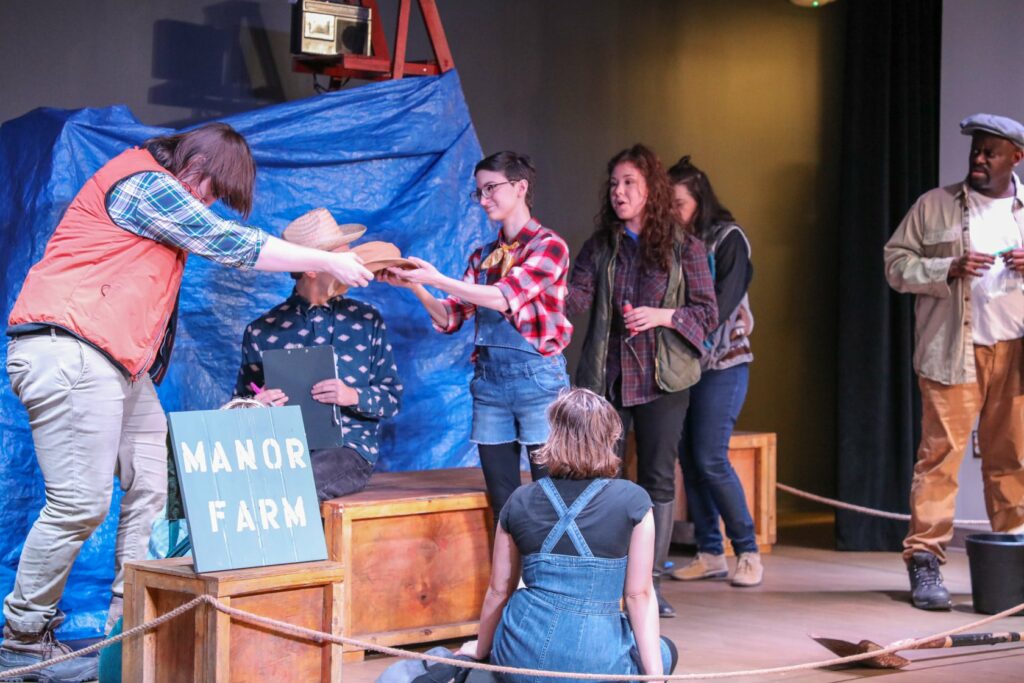 Proposed Performance Dates: In Schools, March 2022 and by arrangement.

As part of Burning Coal Theatre’s commitment to theater in North Carolina, and our out reach to schools and young future theater lovers and creators, we perform and teach across the state in schools and communities. For more information about current and future offerings, see below. 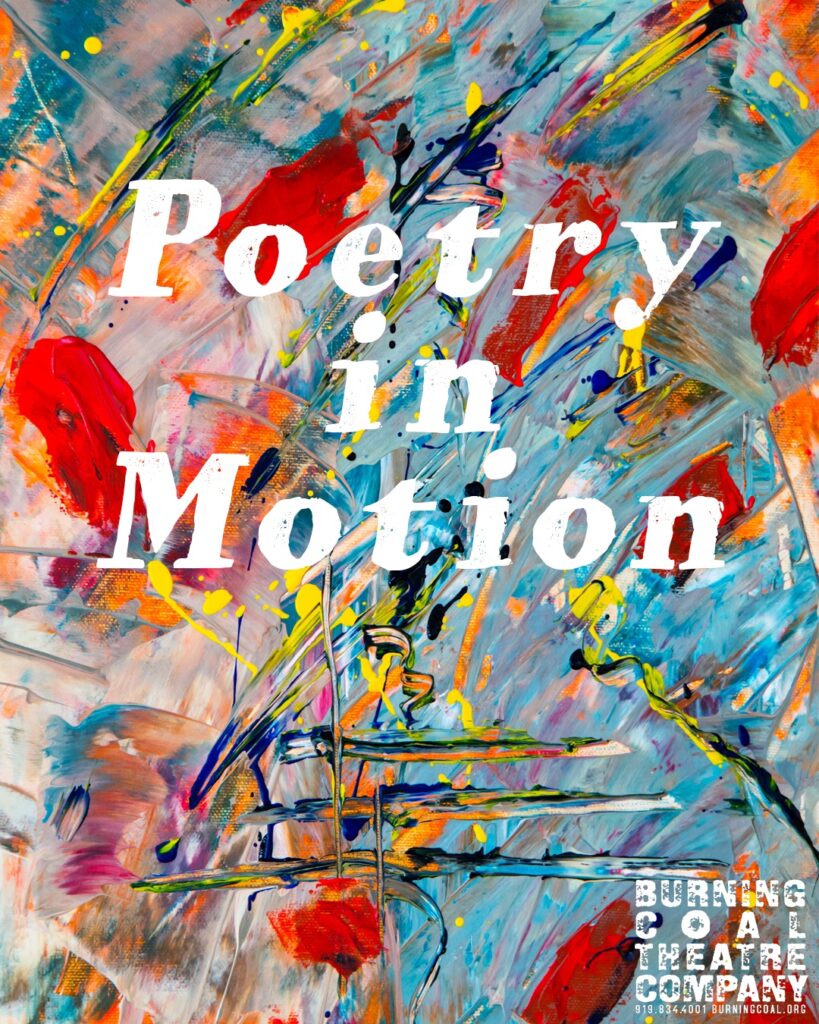 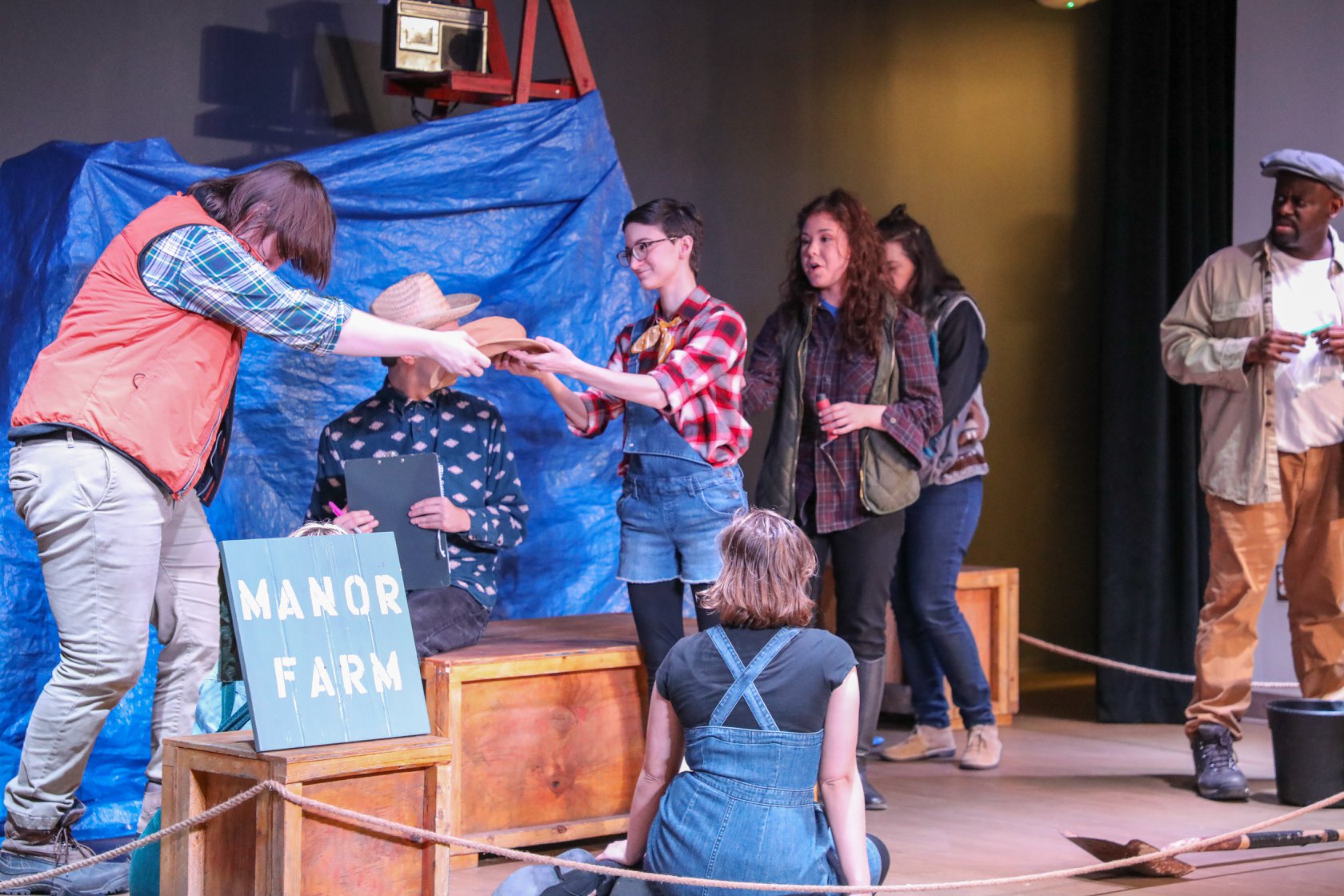 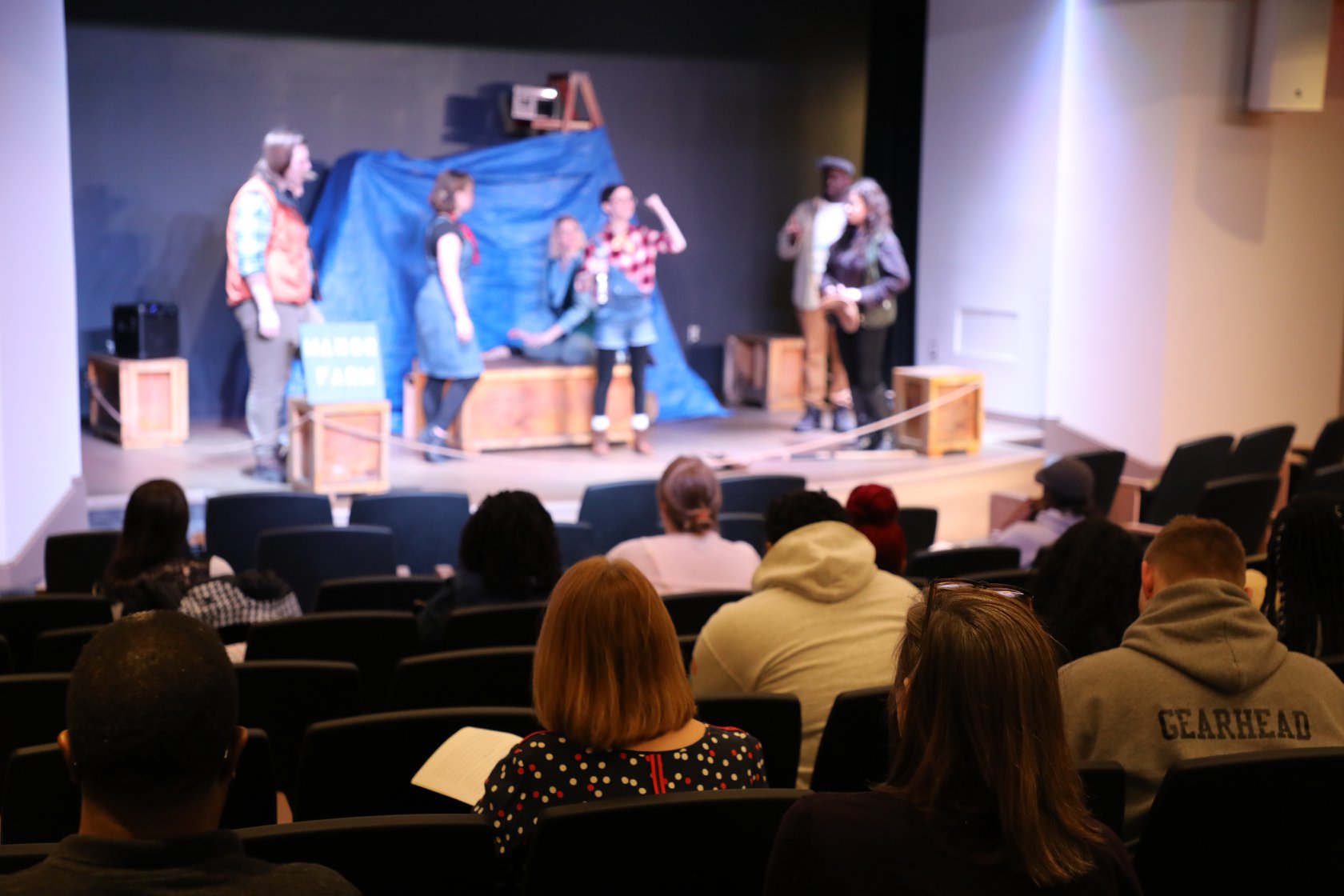 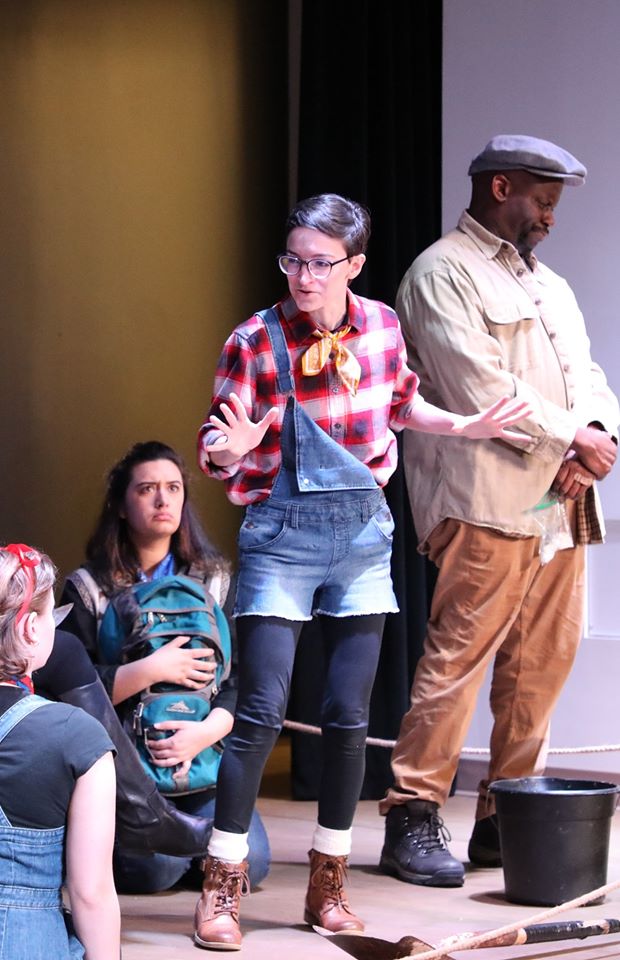 Burning Coal Theatre Company is on a virtual tour to schools this year with its powerful production, Poetry in Motion.  Hear our four-person, trained professional cast interpret some of the greatest poems ever written, from Walt Whitman to Maya Angelou, from Robert Frost to Bob Dylan.  As long as the pandemic lasts, the tour will be performed virtually with live talkback to follow.  In that format, we are able to book any date or dates throughout the year.  Once the pandemic passes, we will also be able to present the tour live at your school, during the month of March, 2022.

In the performance, you will hear our actors interpret the poetry of past and present generations and then talk about how that poetry speaks to them today.  The actors will talk about the different kinds of poetry, from the Elizabethan iambic pentameter to the Beat Poets’ free verse to the Hip Hop generation’s stylings.

Burning Coal Theatre Company can organize a tour whenever a school wants to do one.  The more lead time we have, the better in terms of pricing, but essentially whenever you want to do one, we can make it happen.  The price depends on several things:

What does an average tour look like?  We would fly up on, perhaps, a Thursday, staying overnight Thursday night and Friday night and returning home Saturday afternoon.

During that time the hotel accommodations would be quad occupancy for the kids (4 boys to a room, 4 girls to a room, etc) and double occupancy for adults (two men to a room, two women to a room, or, if a married couple goes, then the couple together.  We would include airfare, hotel, breakfast Friday and Saturday, dinner on Thursday and Friday, plays on Thursday night and Friday night, acting or other theatre-related workshops on Thursday and Friday, one special event on Thursday, Friday and Saturday (like a backstage tour to Carnegie Hall, a tour of Lincoln Center, a visit to Ground Zero, that sort of thing.  The kids would need to be responsible for their own lunches.  They would be divided up into ‘pods’.  Each pod would contain X number of kids and one adult as ‘pod leader’.  They would stay together throughout the tour except during sleeping hours.  We would also provide a security guard on duty at the mid-town Manhattan hotel overnight.  We would provide a bus from the airport to the hotel and back.

What does an average tour cost? The cost depends largely on the variables shown above, but a ballpark figure for such a tour is usually around $1,100.