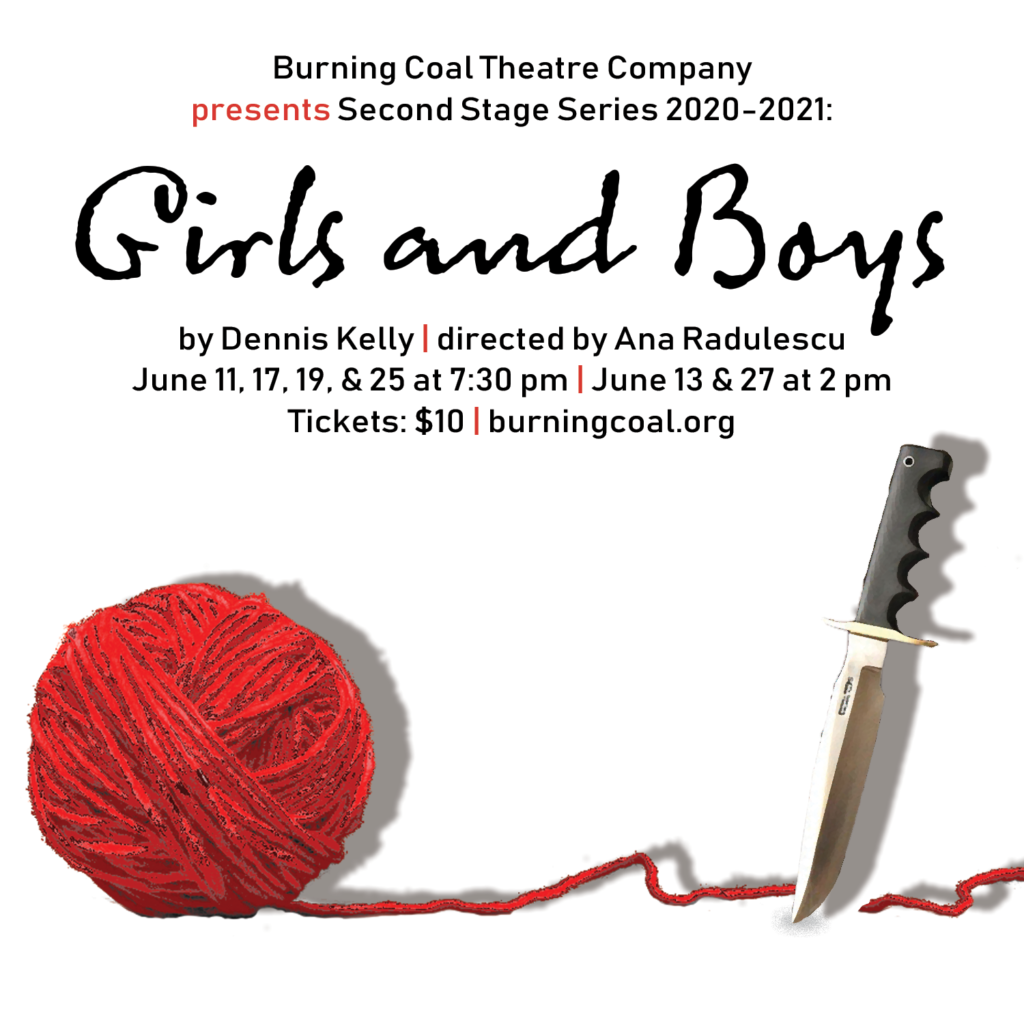 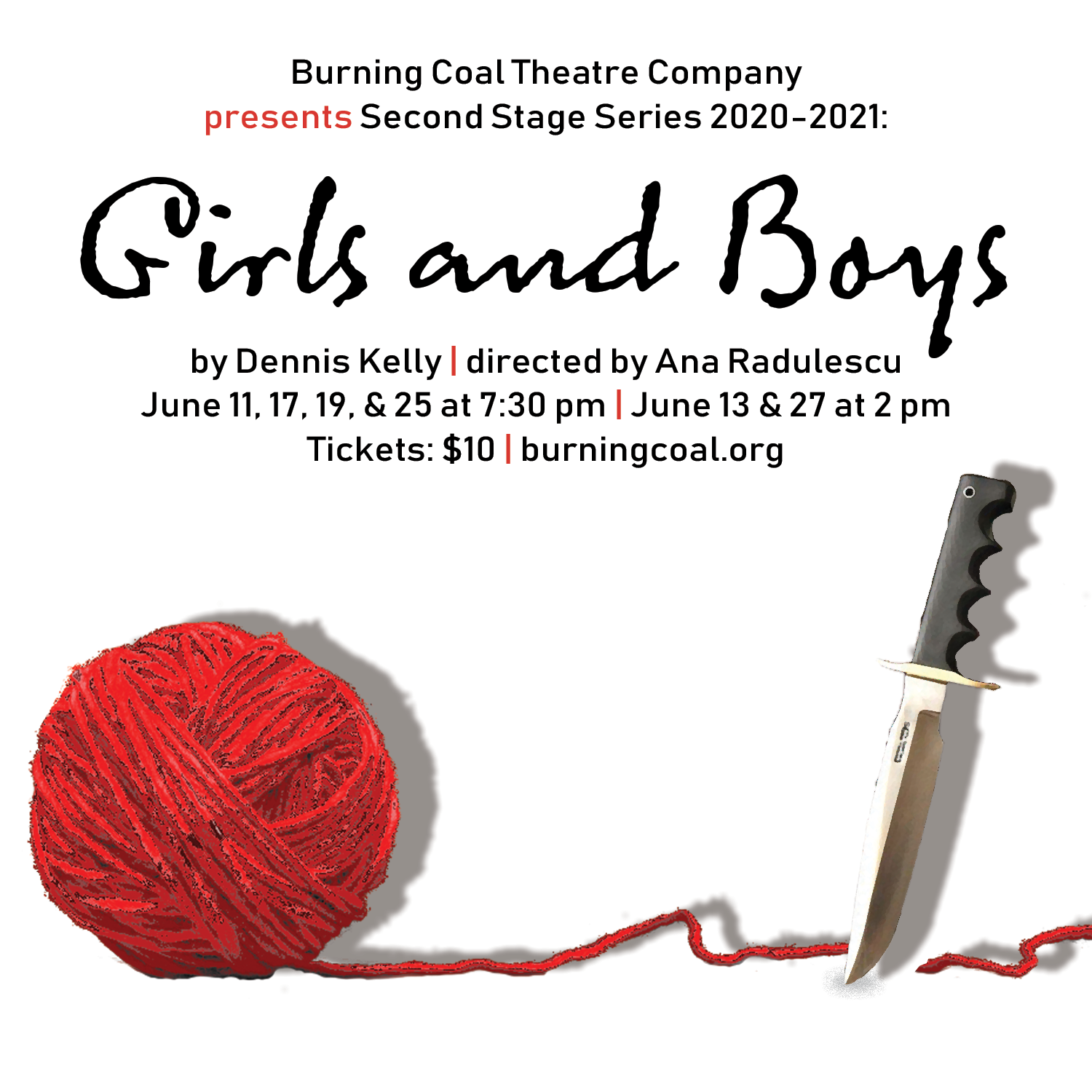 OUR PERFORMANCE OF GIRLS AND BOYS

Girls and Boys by Dennis Kelly premiered at London’s Royal Court Theatre in February 2018 and transferred later that year to the Minetta Lane Theatre in New York, starring Carey Mulligan (Promising Young Woman, The Dig).  It tells the harrowing tale of a young upwardly mobile woman who is a business woman, a wife, a mother of two young children.  In short, she has it all.  But can she keep it?  Based loosely on Euripides’ Medea, this tour de force show was called “phenomenal ” and “gripping” when it premiered.

NOTE:  30 tickets will be available for each live performance.  We will sell livestreaming tickets for each date’s performance.

TO MAKE A SUBSCRIBER RESERVATION
Tickets to a particular performance are subject to availability, and we recommend subscribers reserve tickets to guarantee your spot. Reserving your ticket means you’ll be on the will call list for that performance. To reserve, please email your preferred performance date/time to development@burningcoal.org, or call the box office at (919) 834-4001.
Whether you subscribe in advance or walk-up the night of the show, please bring the subscriber card that was mailed to you for a quick verification at check in.
LIVE STREAMING FAQ & GUIDE

To see our PDF guide on Livestream, as well as Livestream FAQs, click here: Livestream Guide and FAQs