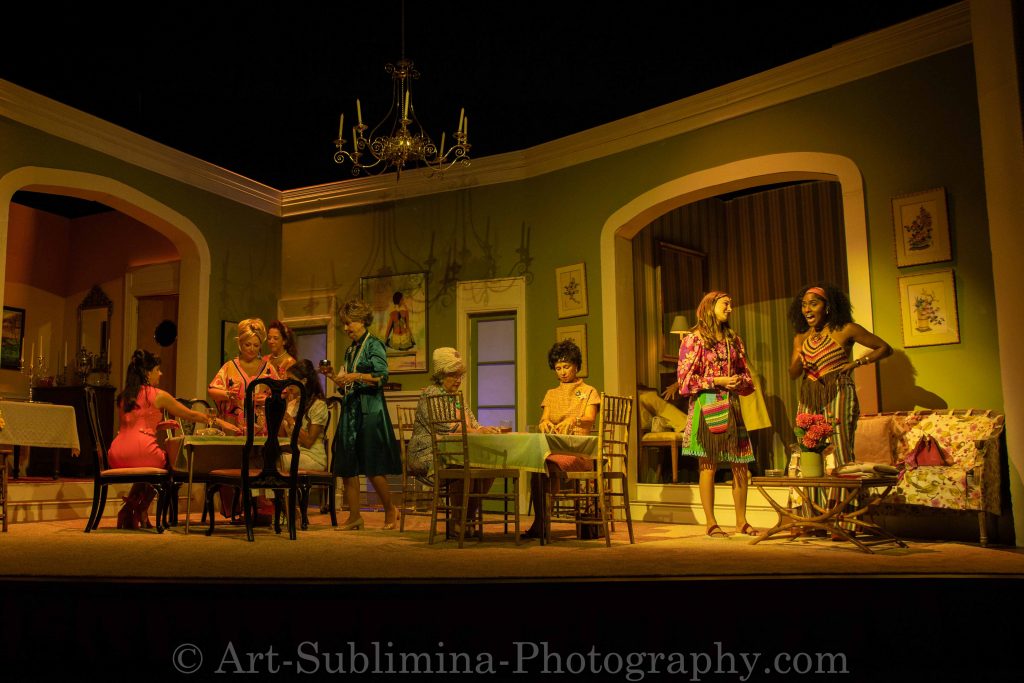 Indoor events will require proof of vaccination OR proof of a negative PCR COVID-19 diagnostic test, plus a face mask. 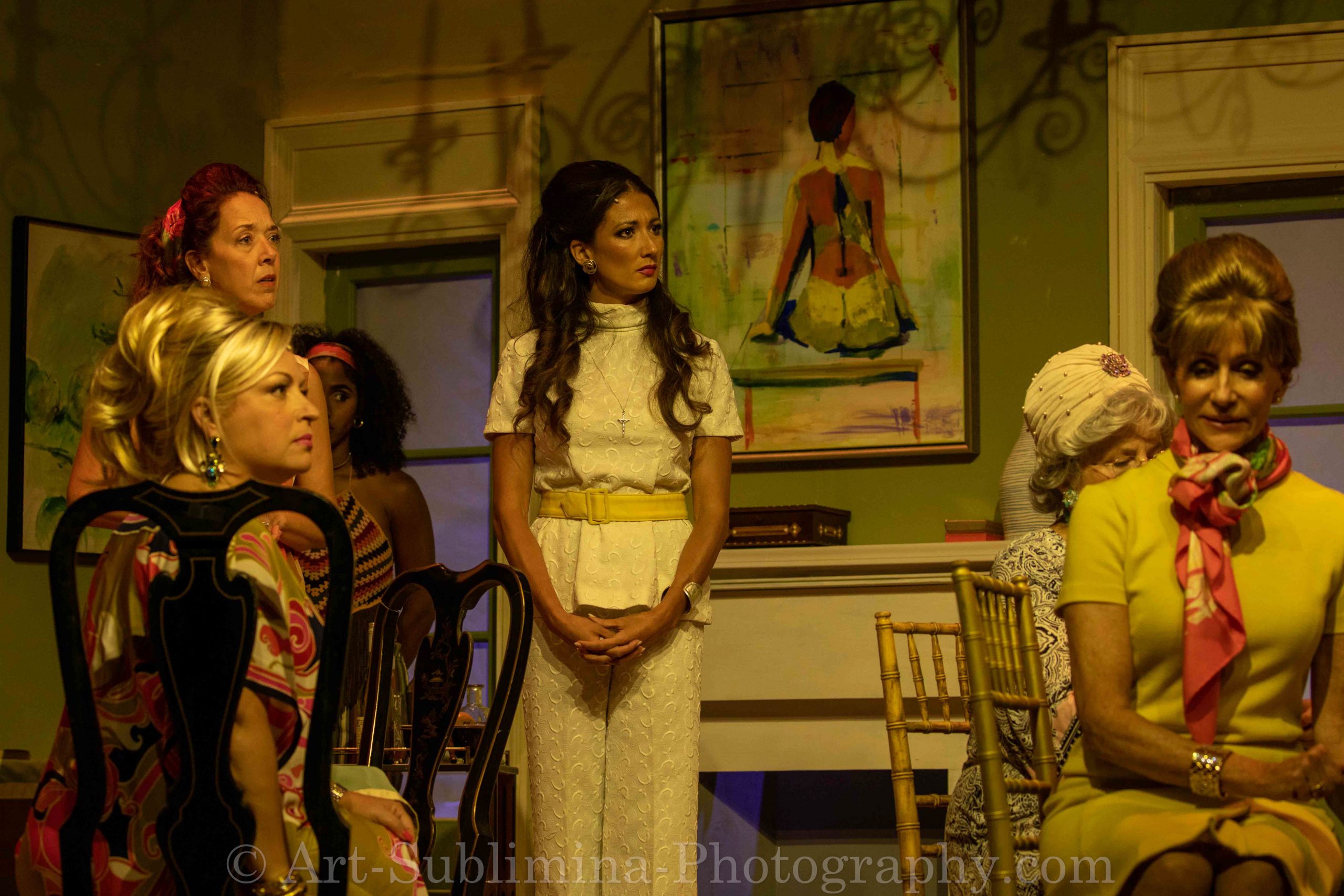 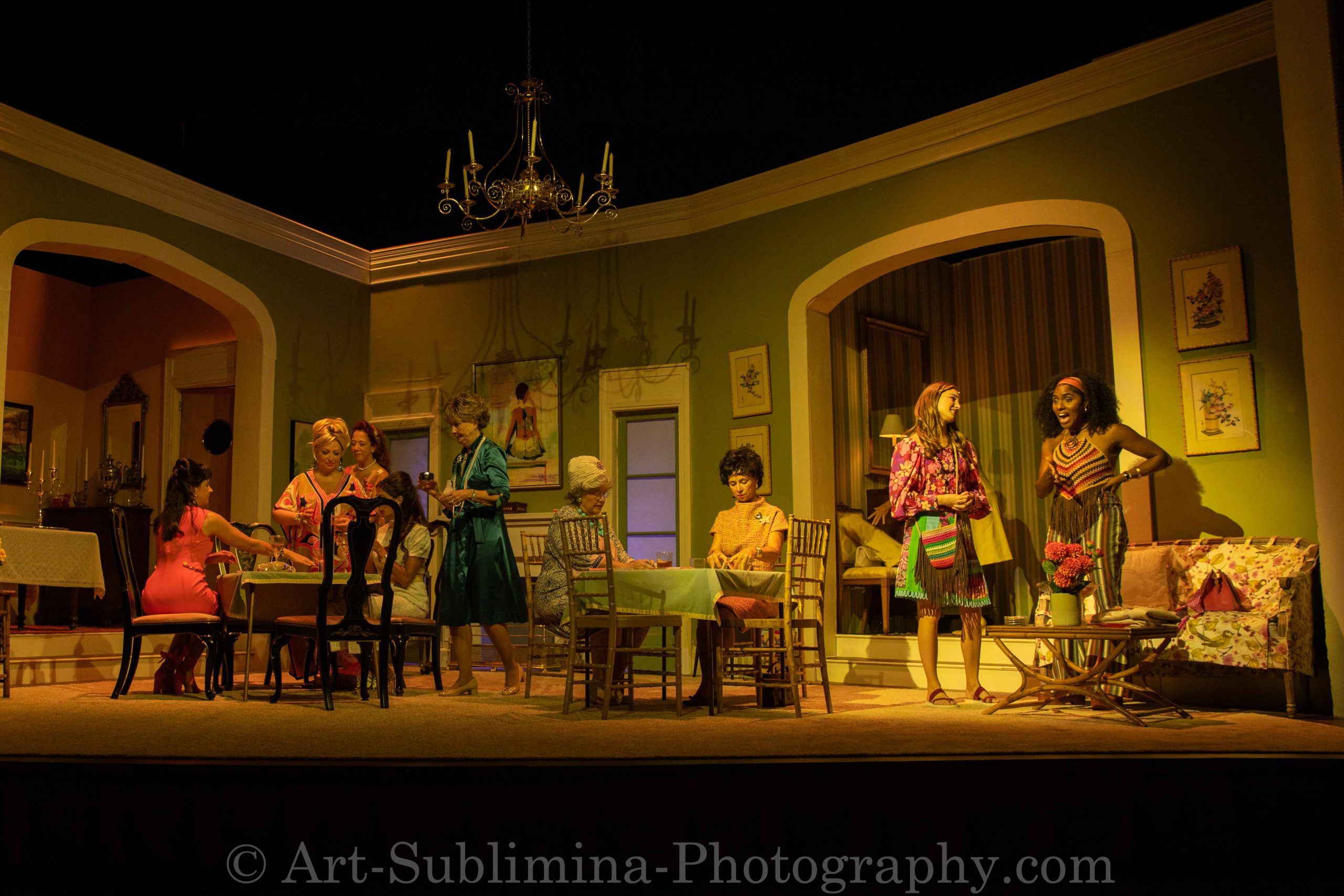 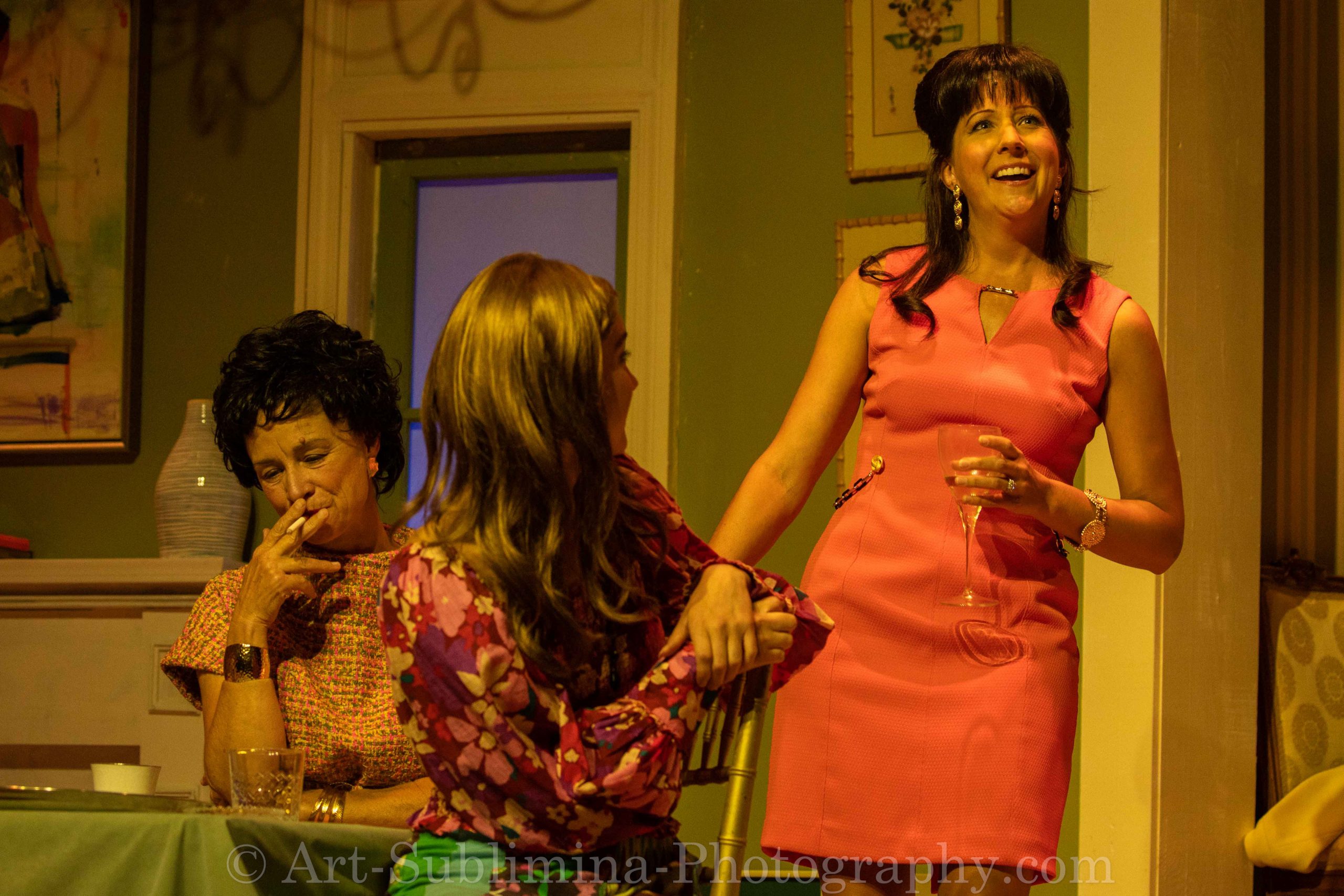 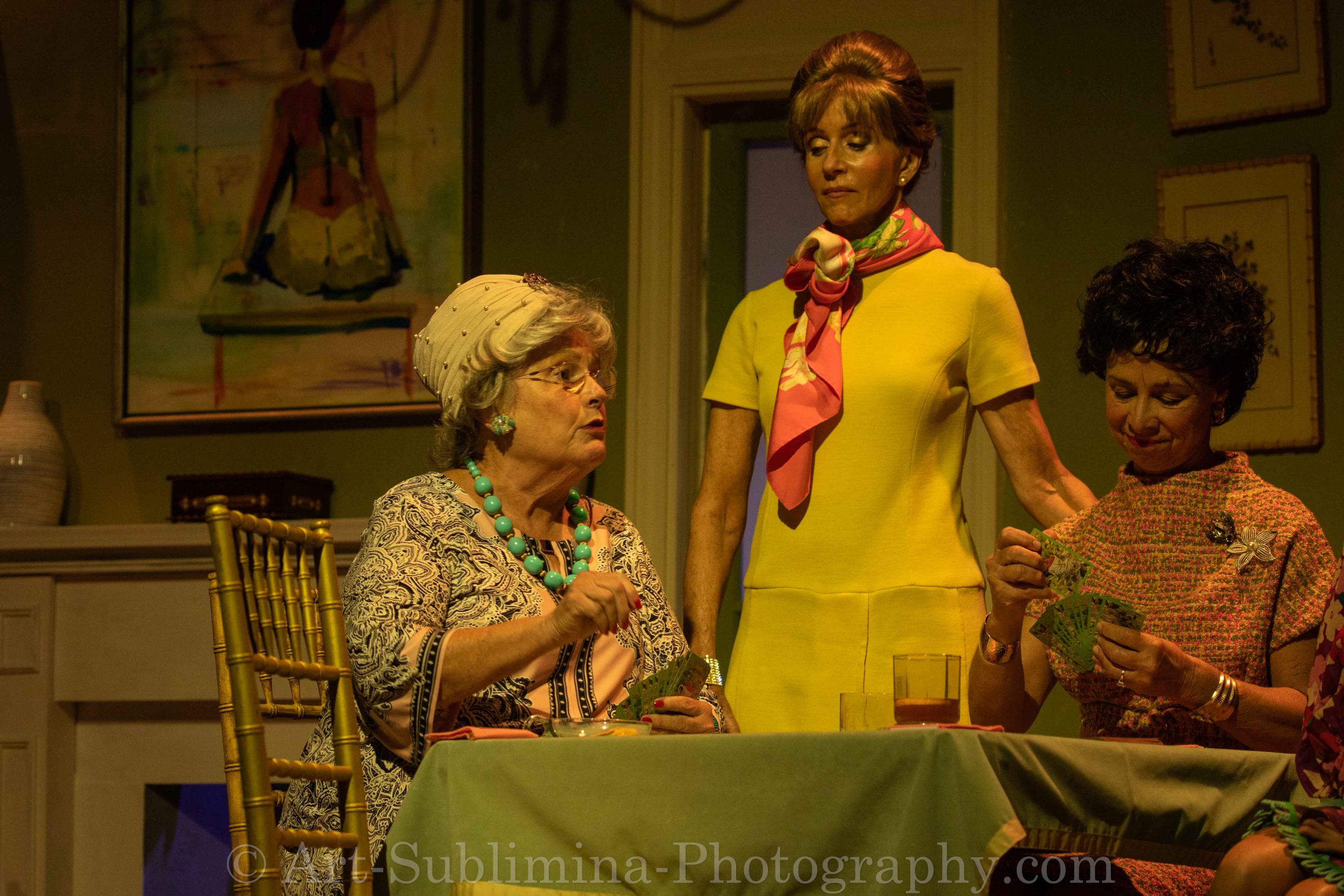 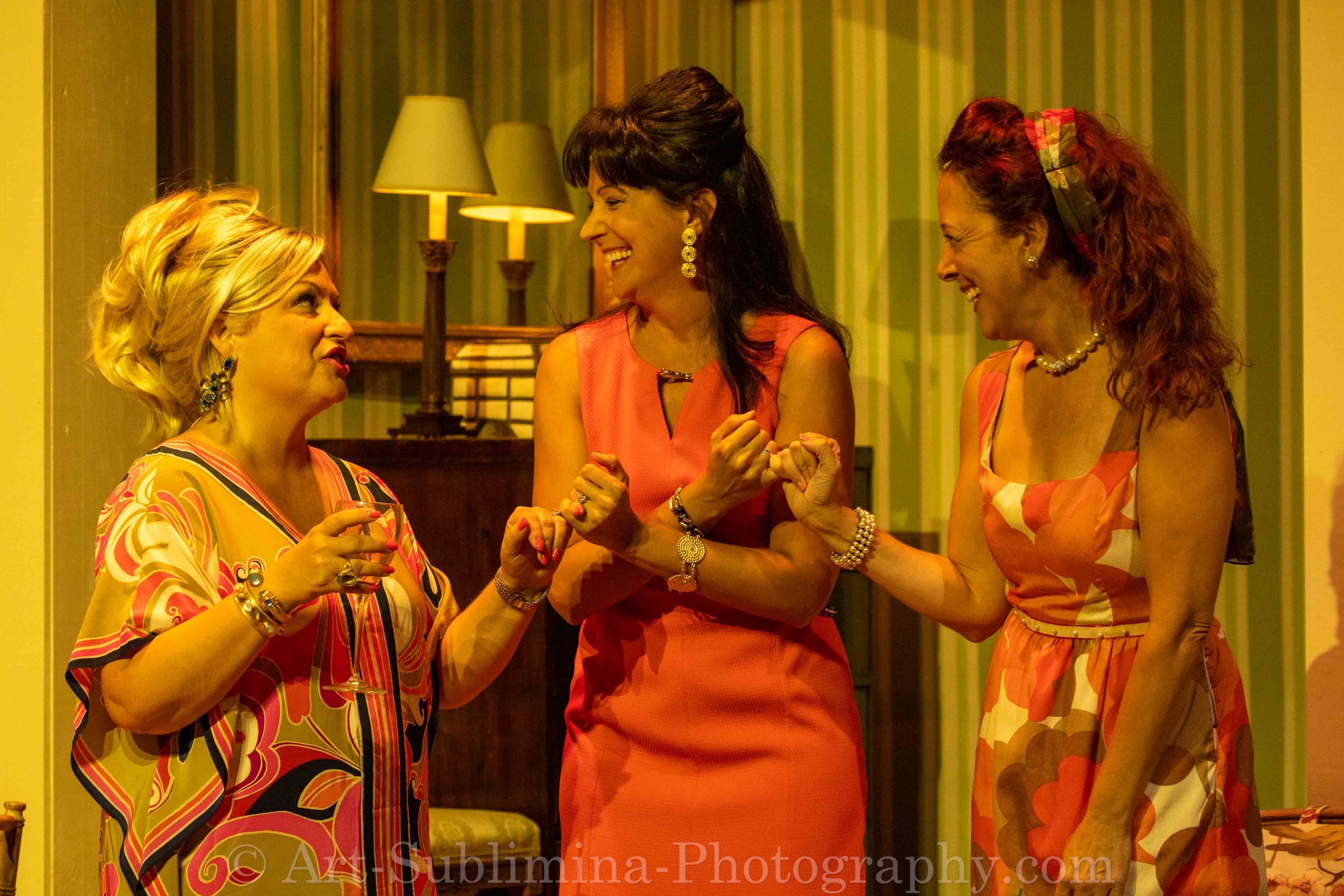 The Thursday Night Bridge Circle is a dramedy set in August 1970, La Grange, NC – population 5,000. Three generations of women have gathered for cards, refreshments, and conversation. The group has years of stories and opinions, but this Thursday night has some interesting new twists. It is two weeks into the start of a new school year and desegregation has come to La Grange public schools. The black housekeeper, Margaret, has been an important part in all their lives and raised their children for years as a largely silent witness to all these conversations, but all that may be about to change.

Ray Kennedy is a first-time playwright with a rich history in the entertainment/event and fashion world. His company, Kennedy Entertainment has produced theatre, fundraising and political events, cruise ship revues and fashion shows all over the world. His work has been seen at The Kennedy Center, Off-Broadway, regional theaters all over the East Coast, Las Vegas, Branson, on National television (“One Tree Hill”) and the QE 2 World Cruises. Ray was Vice President of the USO of New York and created “Operation: That’s My Dress” which is a fashion event which supports military teen aged daughters and active-duty service members. Ray also is the music arranger for the USO Show Troupe which performs all over the world, most notably the Times Square “Rocking New Year’s Eve” event and with such stars as Phil Vassar, Katy Perry, Blake Shelton, Kelli Pickler and on the “Ellen Show” and “Jimmy Fallon.” Ray is an award-winning Director/Choreographer who has directed over 75 musical theatre productions, most notably award-winning productions of “Hairspray,” “Mamma Mia,” “Priscilla, Queen of the Desert” and all the Rodgers and Hammerstein musicals, his favorites. As an actor, Ray appeared Off- Broadway in “Godspell” and the National Tour of “A Chorus Line.”

“The Thursday Night Bridge Circle,” his first play, is based on his memories growing up in La Grange, NC during desegregation. 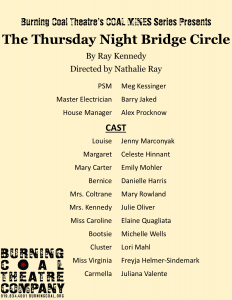 Enter the Halloween Costume Contest!
The Burning Coal Costume Contest is back to promote our staged reading of The Thursday Night Bridge Circle!
Join the Virtual Costume Parade
We encourage audiences to post their best costume photo all week long. Any costume works (from a performance, or your childhood dress-up, or your cat’s cutest outfit!). Posts on Facebook, Instagram, or Twitter will be reshared and posted on to our page to create a virtual costume parade.
A winner will be picked on November 2nd, and will win 2 subscriptions to the remainder of the season! (THE ROAD TO MECCA, ART, and THE LIFE OF GALILEO).
To enter the contest:
– Post your photo to social media (Facebook, Instagram or Twitter)
– You must use #bctcostumes and #VisitRaleigh

You can also enter by emailing your photo to development@burningcoal.org.