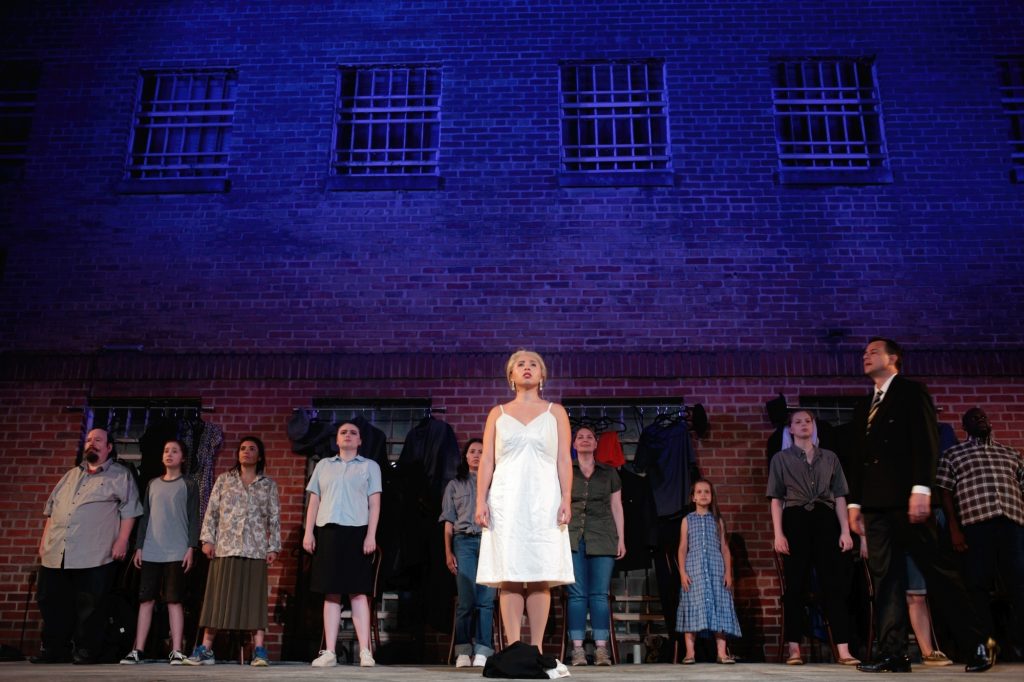 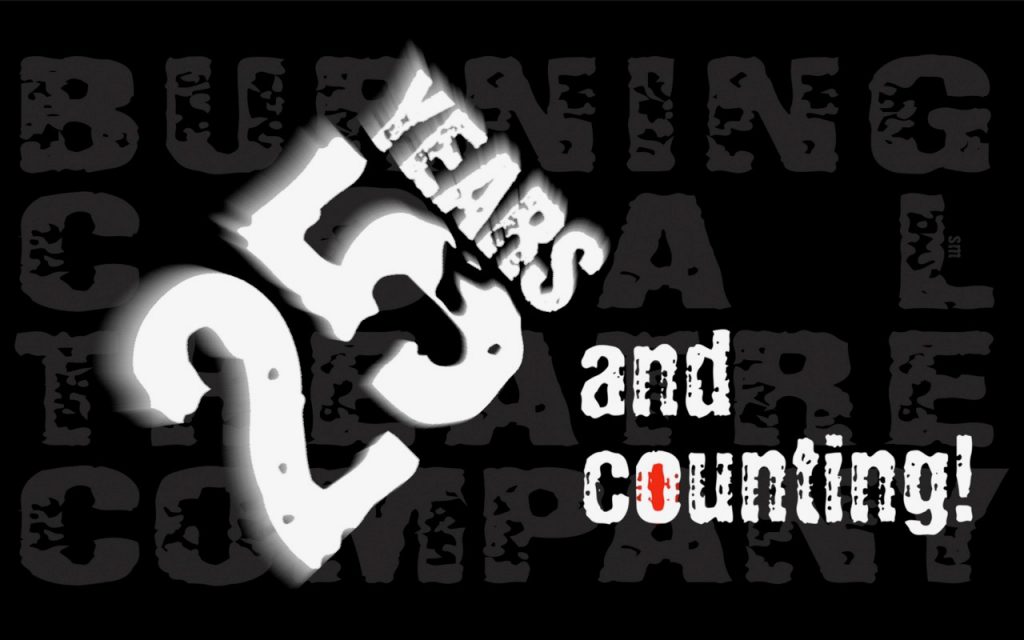 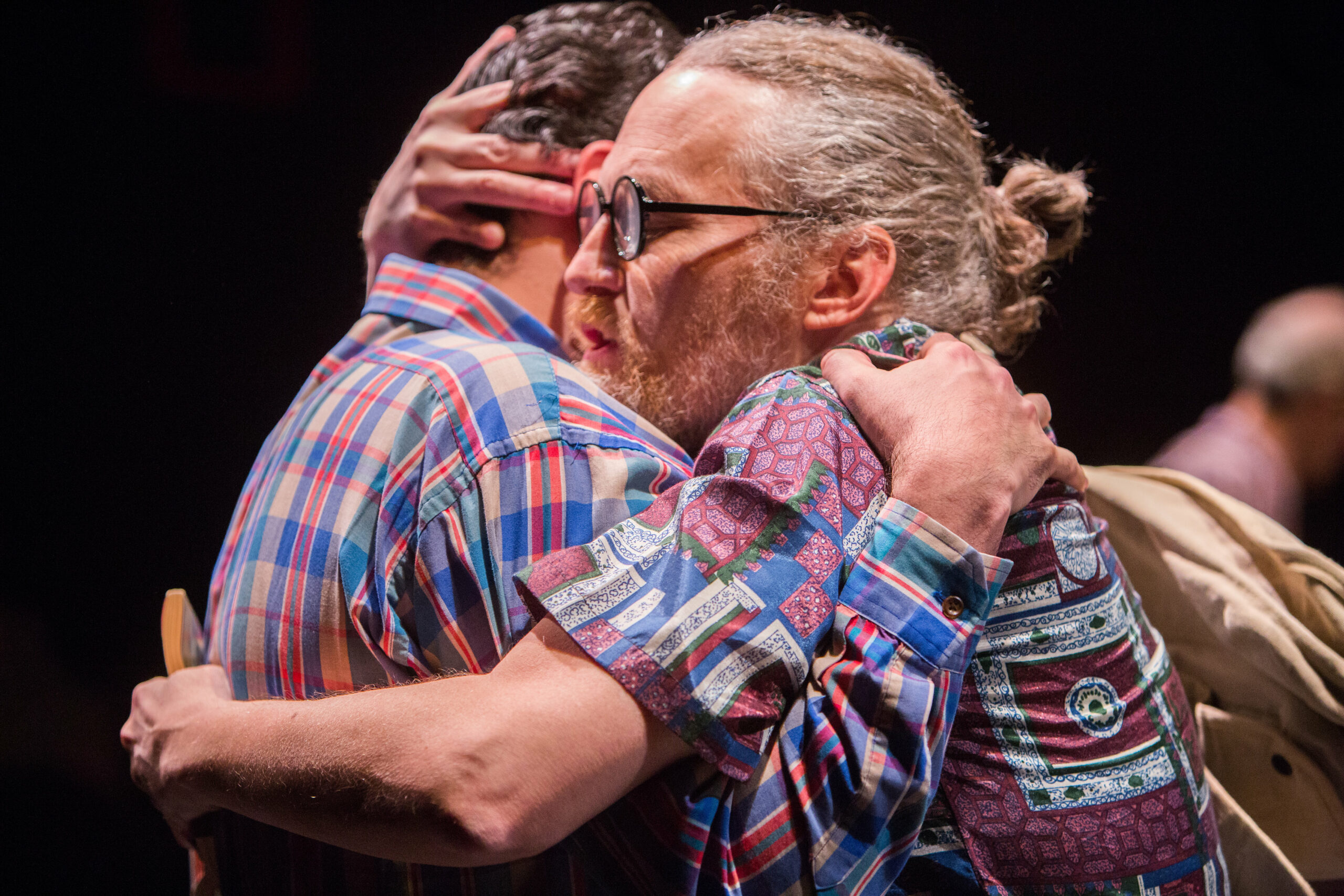 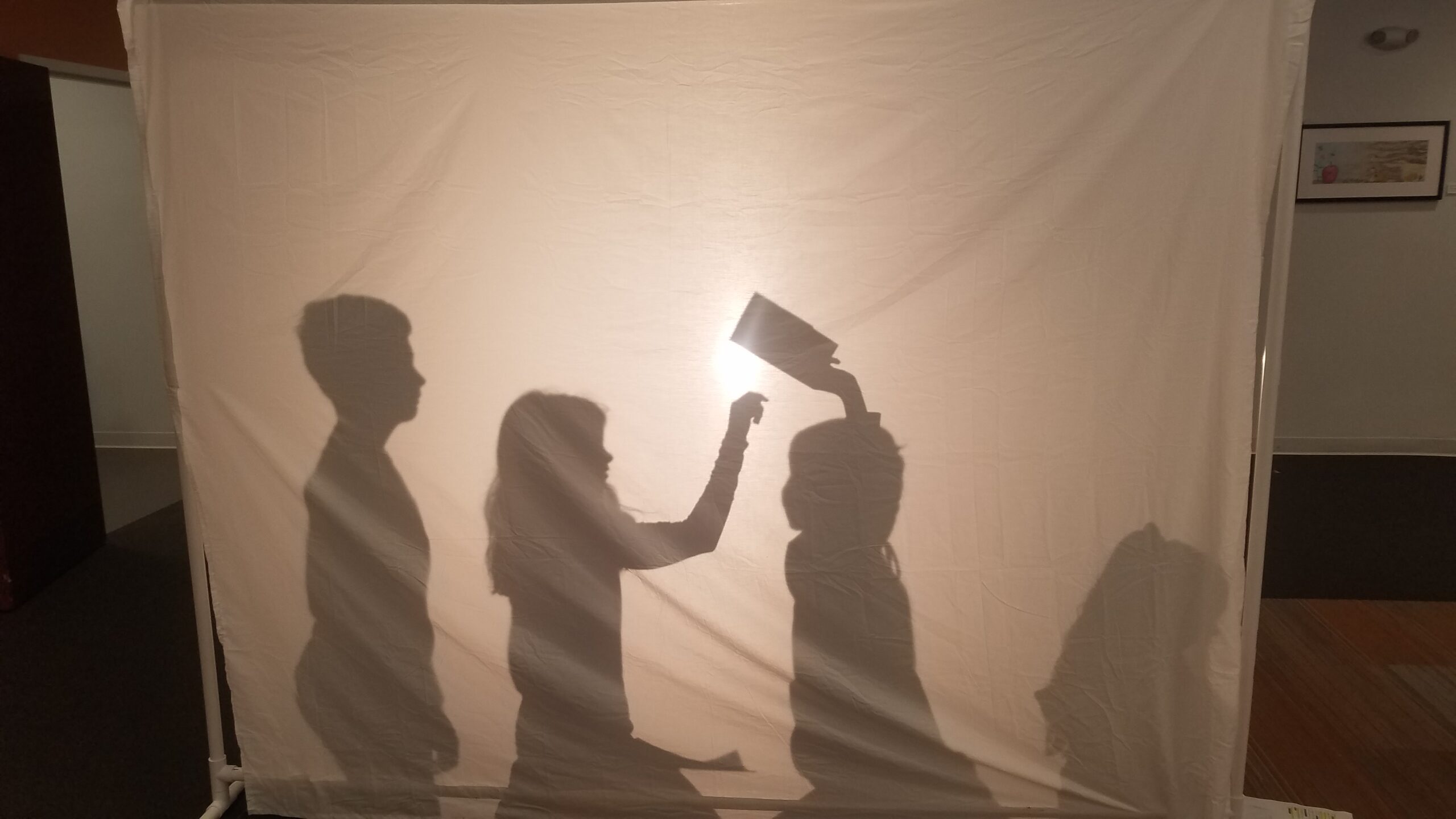 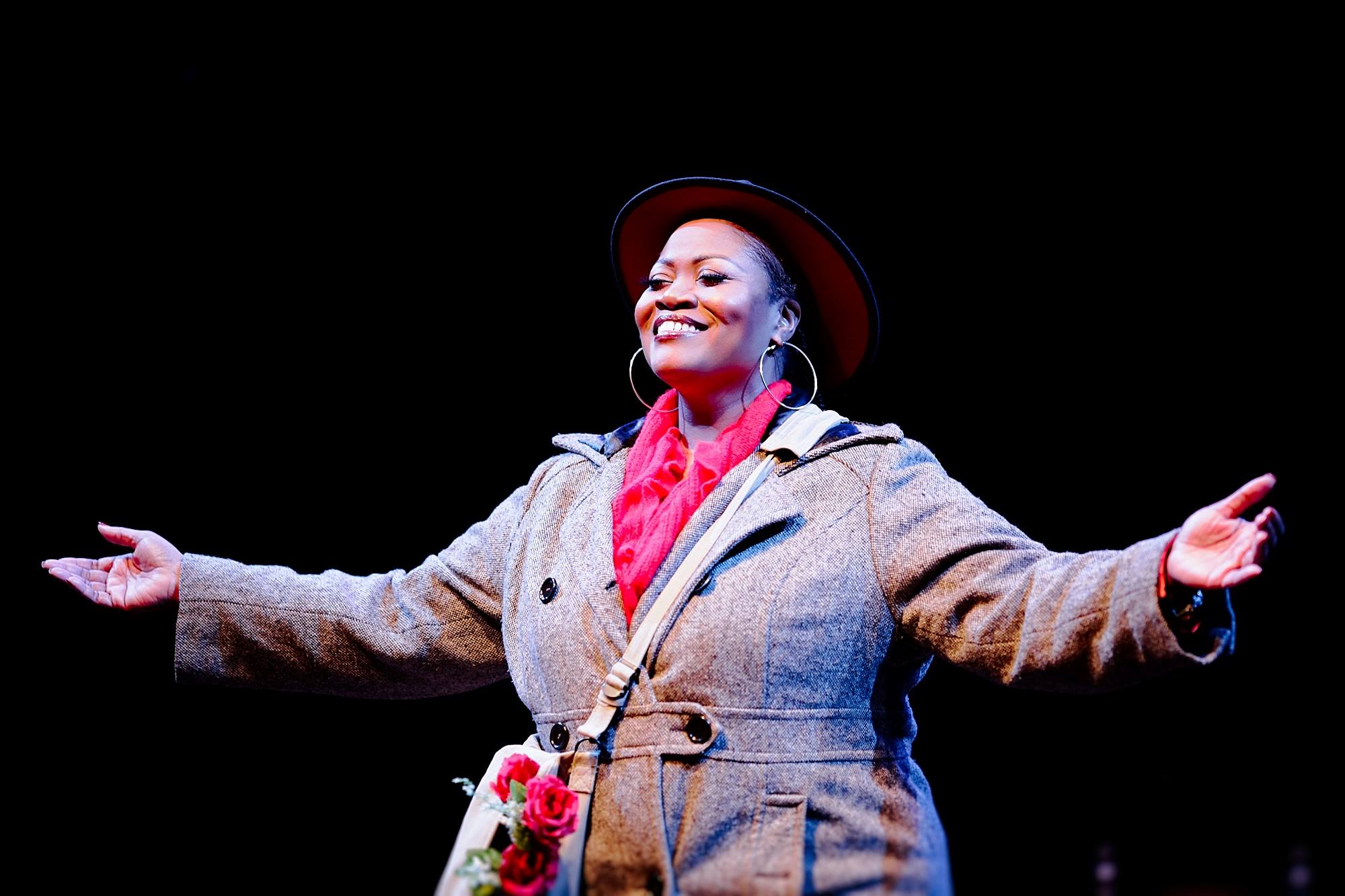 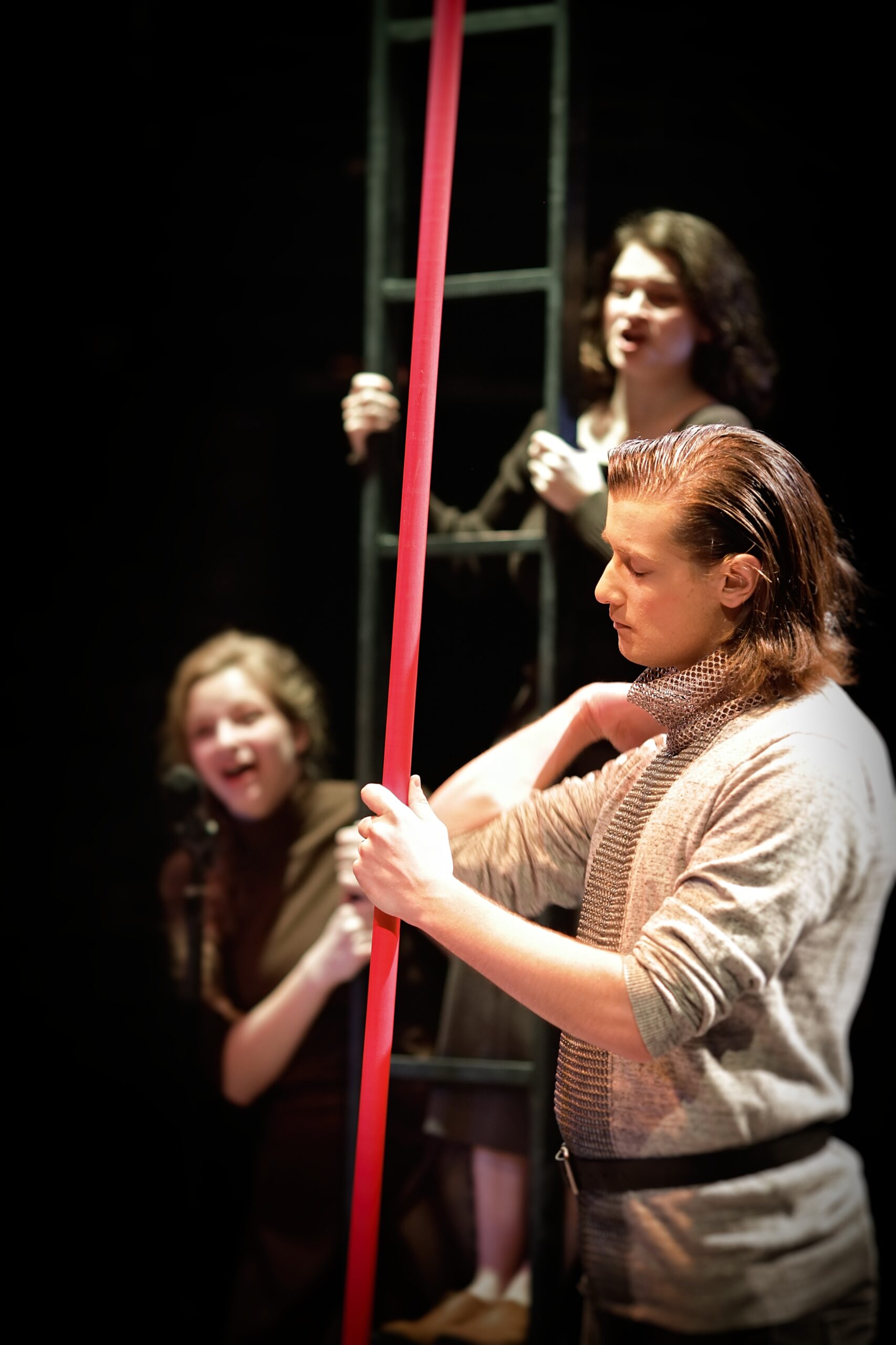 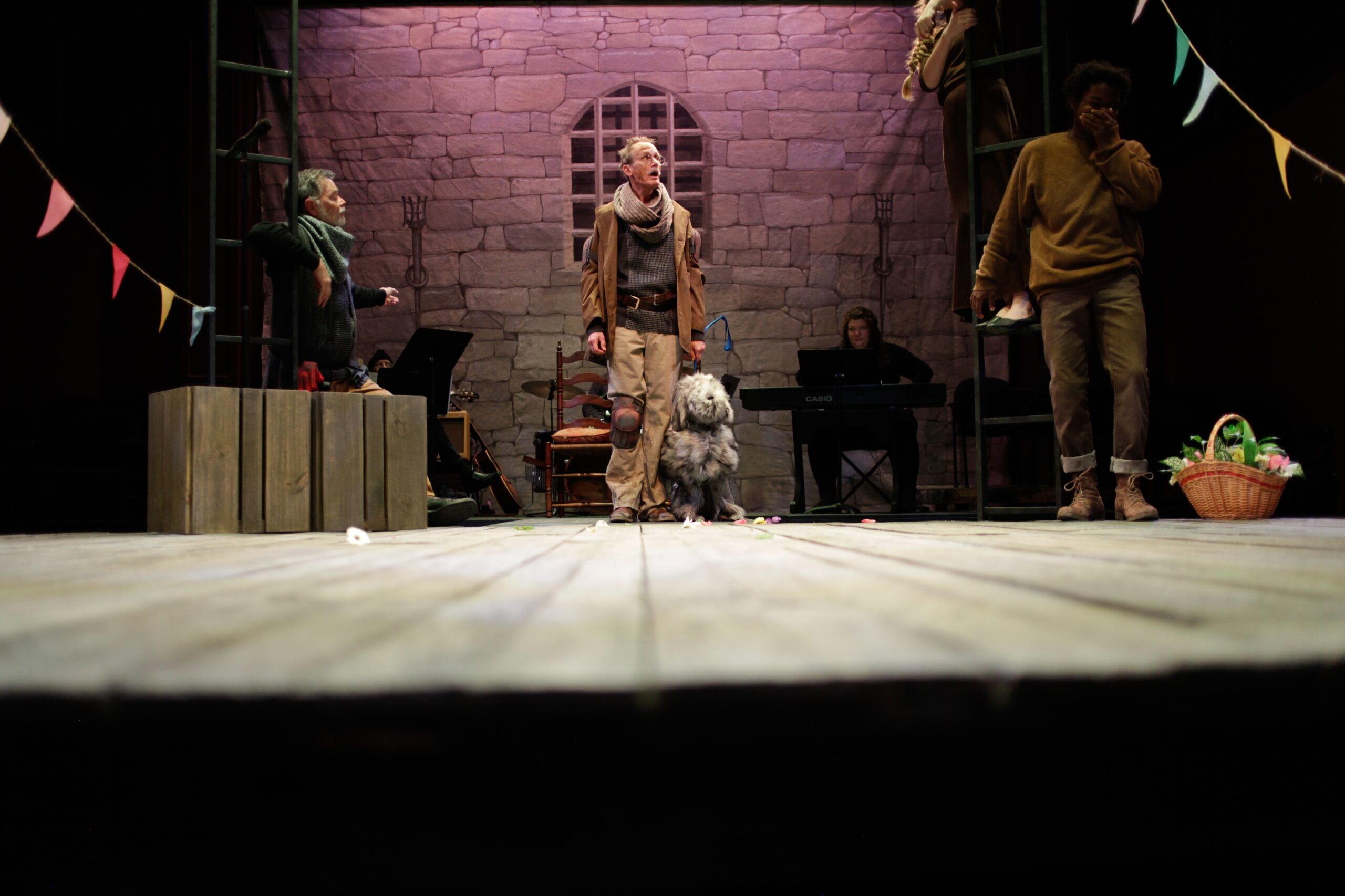 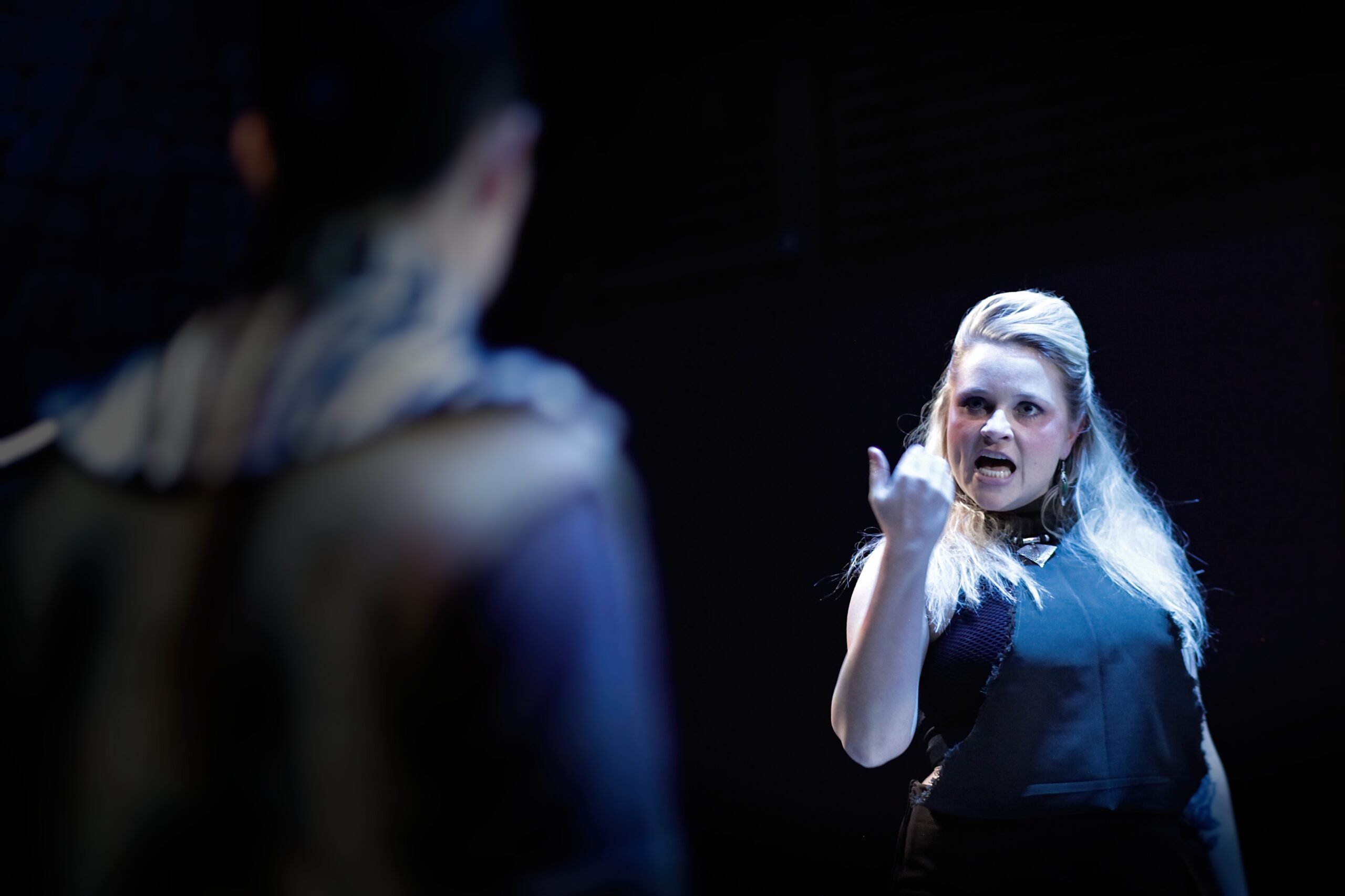 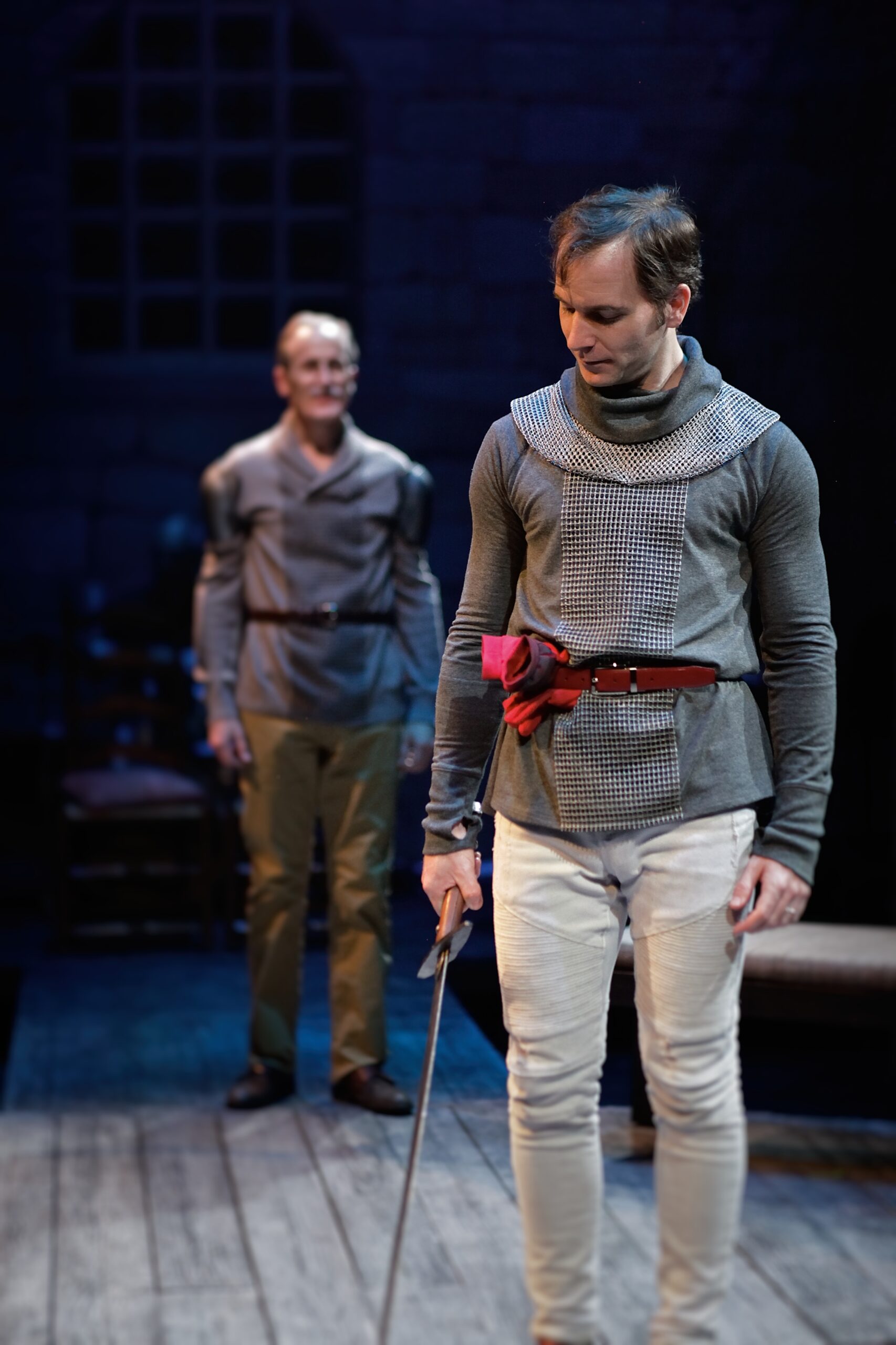 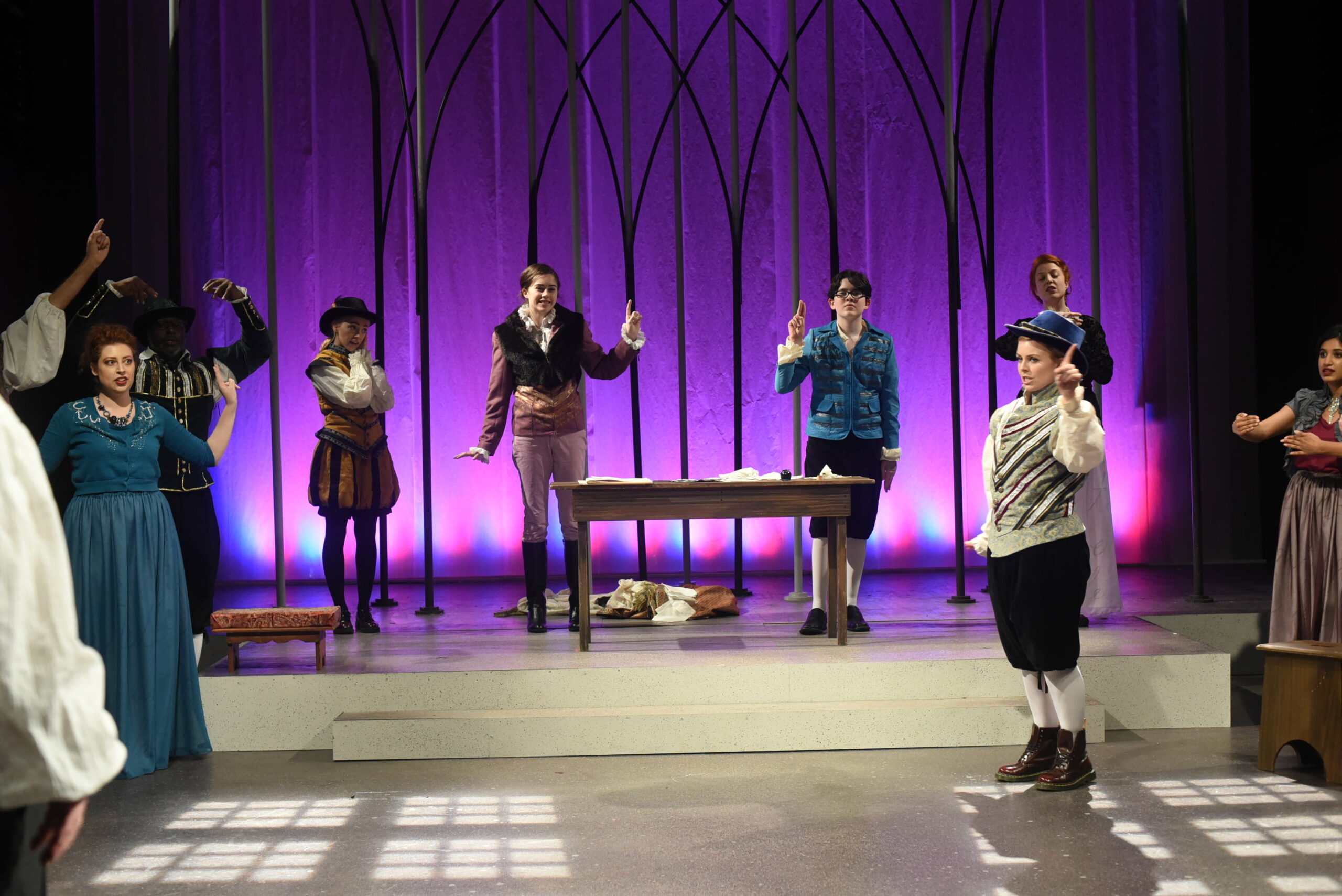 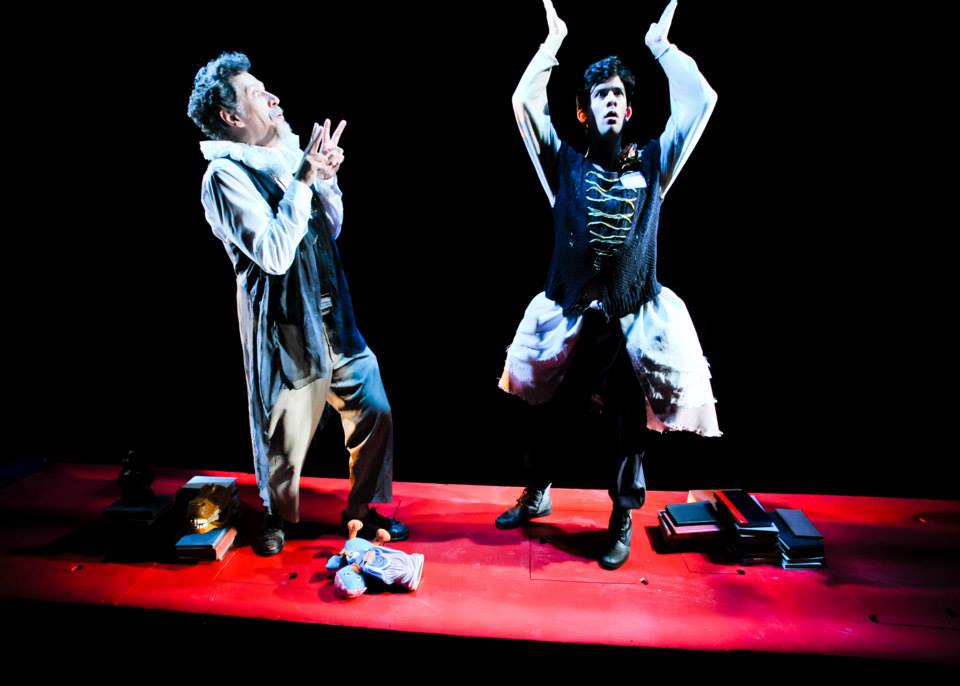 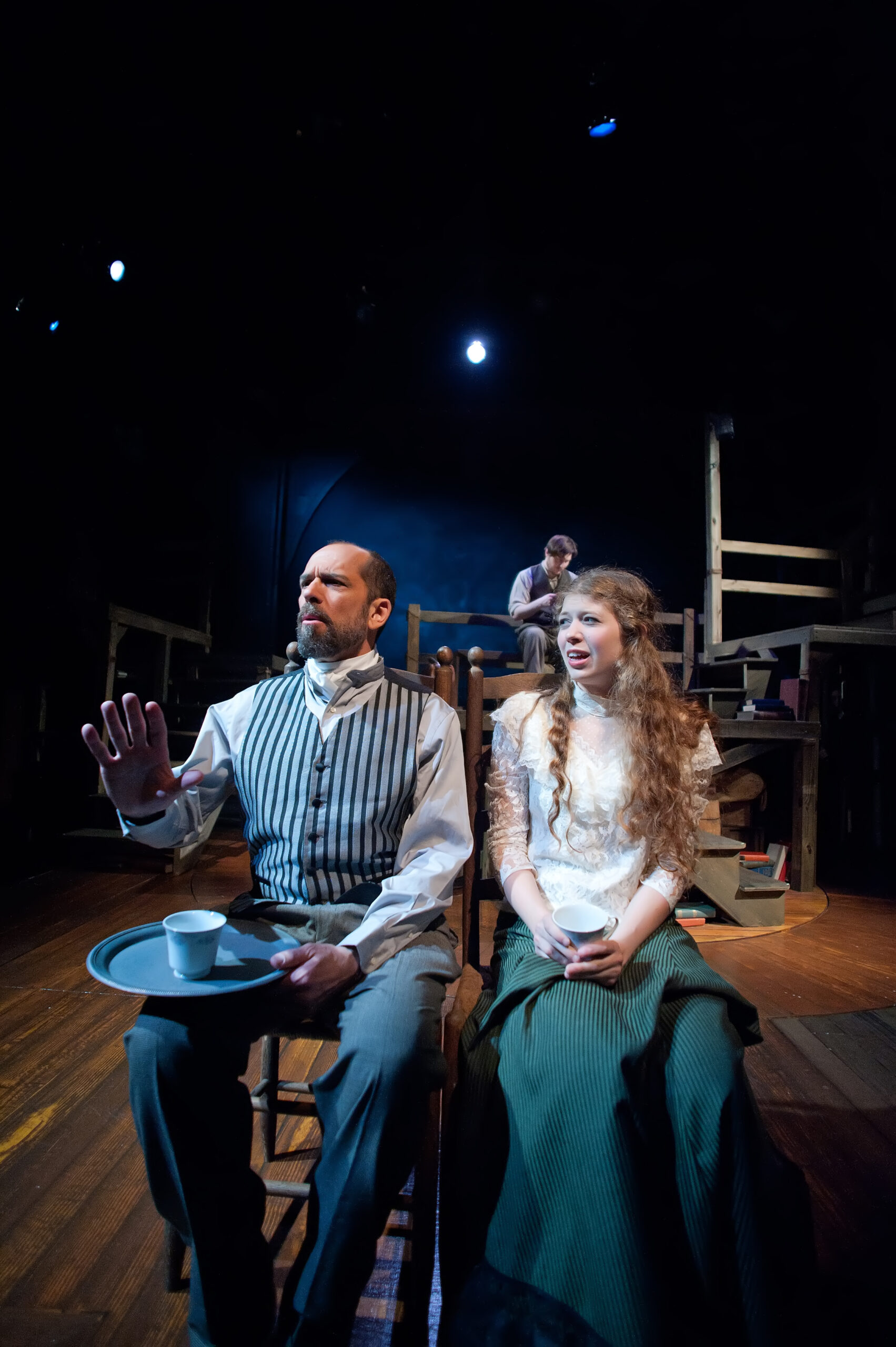 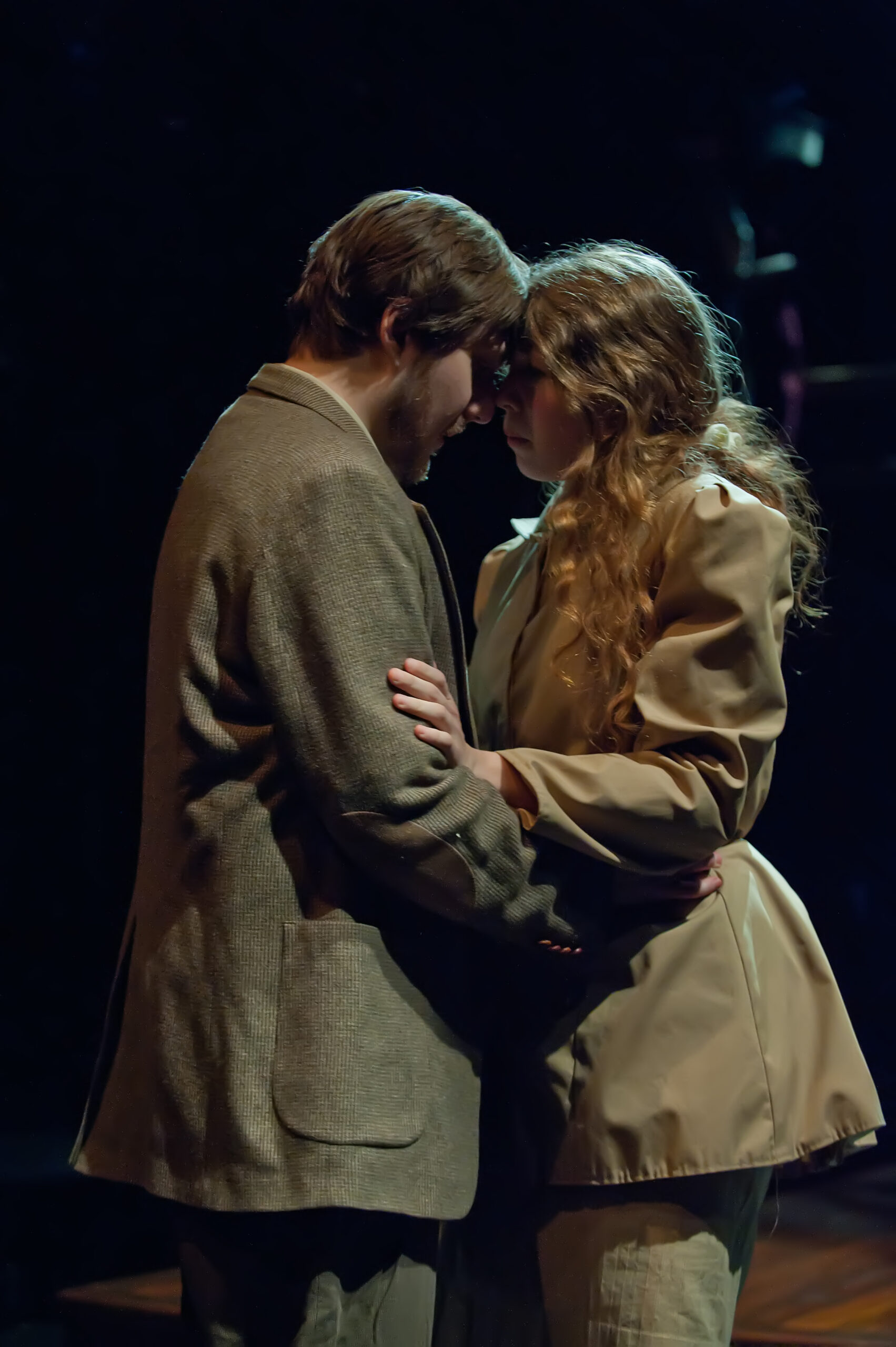 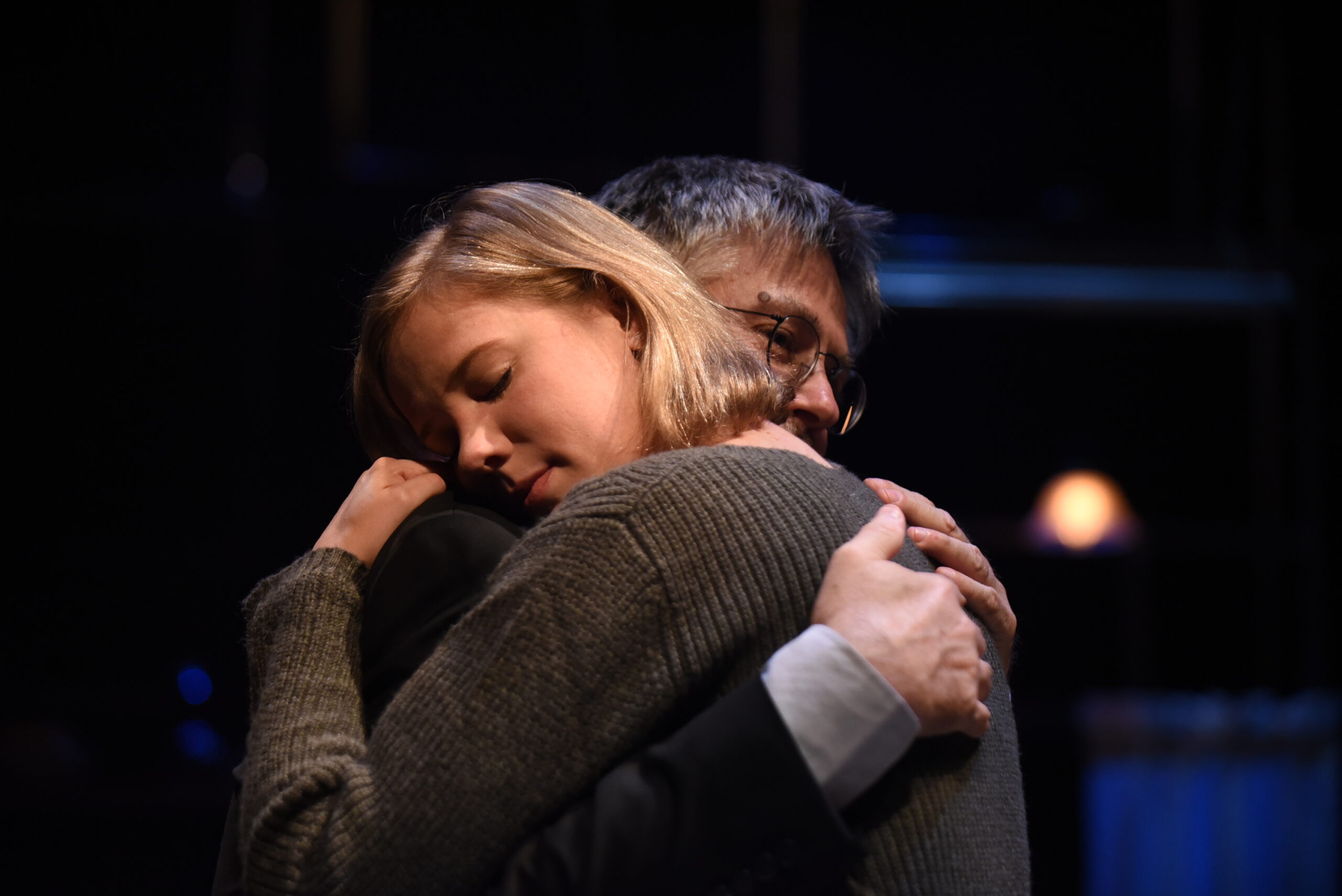 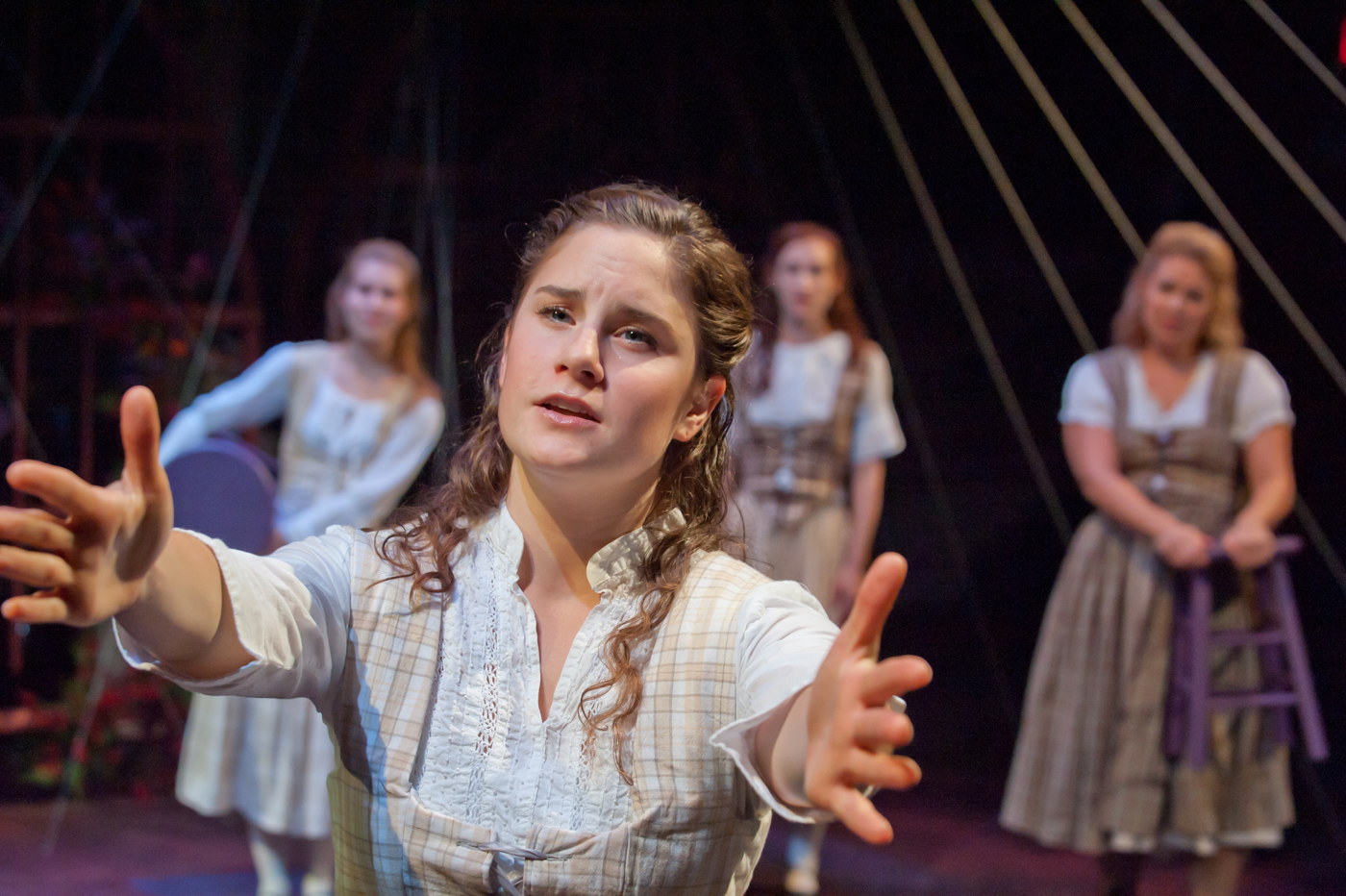 Burning Coal Theatre is pleased to invite you to our 25th Anniversary Celebration. Celebrate a quarter-century of Burning Coal with us at a spectacular “cast party” April 23rd from 5:30 – 7:00pm at Dorothea Dix Park. Cast, crew, designers, and audiences – everyone is invited to join in the fun! Reminisce with old friends and new. We’ll have small bites to eat and a group toast on the outdoor stage of THE LIFE OF GALILEO.

Pre-registration for this free event is required. Please share widely with all your friends. We hope to see you there!

Plus, stay to watch THE LIFE OF GALILEO after the event at 7:30pm! It’s our last Main Stage show of the 25th Anniversary Season. Tickets at https://burningcoal.org/the-life-of-galileo/

Writing this note on the figurative eve of the beginning of our 25th season, I’m struck by how far we’ve come and how many have helped us along the way. When I moved to Raleigh in 1996, the theatre here was confined largely to successful comedies, musicals and the occasional classic (read: Shakespeare) play. There was wonderful work being done all around, including the innovative Manbites Dog in Durham, REP in Raleigh and PlayMakers in Chapel Hill…. But the sense was “that’s enough of that” and that there just wasn’t enough audience to support a steady diet of forward thinking, experimental or provocative theatre. That has changed, and I believe we have been a part of that change.  First, we have insisted from day one that we are a professional theatre. Are there different levels of ‘professional’?  Of course. But that doesn’t mean that you have to be at the very top end of the economic pay scale in order to call yourself professional. Even Actors’ Equity itself divides its contracts up into nine different “Small Professional Theatre” rungs. The lowest tier on those “SPT” contracts pays less to the union actor than we paid even from the beginning. And so I can say with all confidence that all actors, all directors, all designers and all technicians have been paid from the very beginning without exception.  We are and always have been a professional theatre. And that’s no small feat in a mid-sized southern city today.

Another thing that strikes me about our City is how much growth has happened over these 24 years. People just want to come here, want to live here, want to be a part of this world we’ve created together and want to experience the community, the enthusiasms, the life that we lead here. That’s a pretty impressive thing, and something for which we each should pat ourselves on the back. There are many parts of the world that cannot make such a claim. Economics are a part of that of course, but what really draws people here in my opinion is the intellectual life of this community mixed in a logical and decent manner with the more pastoral, natural world that we all feel is a part of our collective past. So many cities around the world have paved over that past and provide few or no avenues for the exploration of that natural world. Here, we know better.  And we do better in most cases (though the corporate hog farms nearby are a grotesque and inhuman instance in the other direction).

There is an idea in the Bible that is expressed this way: “Moderation in all things.” Does that mean do every single thing moderately? Or does it mean that the collective experience of a community should include expressions from all points on the spectrum? I think the latter, and I am deeply pleased that Burning Coal, beginning as it did as a little “Mom and Pop Startup” has managed to stay alive, even to thrive, and along the way to inhabit that point on the intellectual spectrum where lies a vast and open space, an ‘undiscovered country’ (to borrow from the Bard) where the question “What’s next?” might hope to find a reply.

Podcasts on the Past

Listen to podcast episodes that highlight our 25-year history.

On this episode of Into the Fire, we’re joined by a few people who’ve been with us from our very first season back in 1997: David Henderson, Beth London, and Kate Day!

INTO THE FIRE Episode 85: Annelle Sheline and the Mud of Reality

Annelle grew up in the Triangle area and made an impact with Burning Coal Theatre during high school in The Lysistrata Project (2003). While attending the Gallatin School at NYU, she further developed her interest in political science and now works at the prestigious think tank The Quincy Institute.

Ana Radalescu also joins in the conversation as our new Associate Artistic Director.

YOUR PROGRAM IS YOUR TICKET, from the Broadway Podcast Network